OBJECT OF THE MONTH: SEPTEMBER 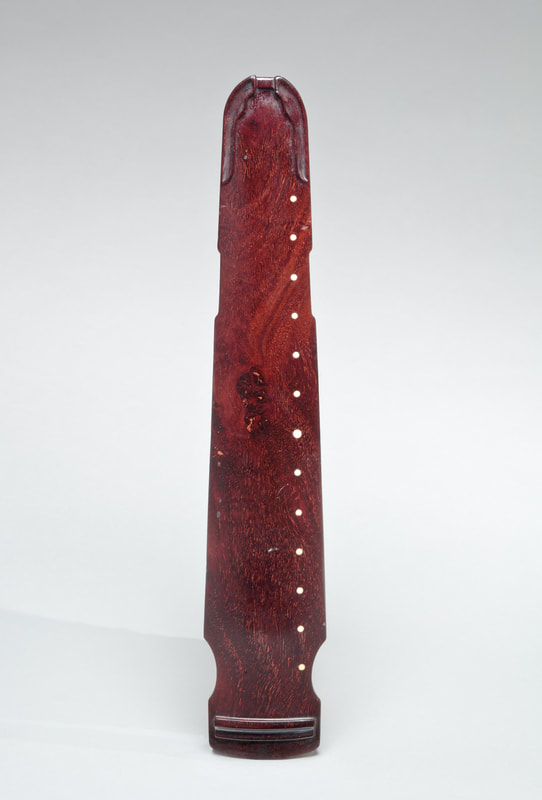 A zitan wrist rest carved to imitate a qin instrument curved in both horizontal and vertical cross-section, with camel bone inlay to the right-hand side. The bridge and ends are carved in relief. The reverse has shaped feet with recesses for the soundboards in the lower section, known as the ‘dragon’ and ‘phoenix pool’.
Qing dynasty, early 19th century.

This wrist rest is unusual in its lack of inscription, as most miniature qin-form wrist rests are inscribed with calligraphy after Gao Shangxian. In Daoist thought, the qin is the pathway to inner peace and enlightenment and the elements of the instrument are related to the cosmos.