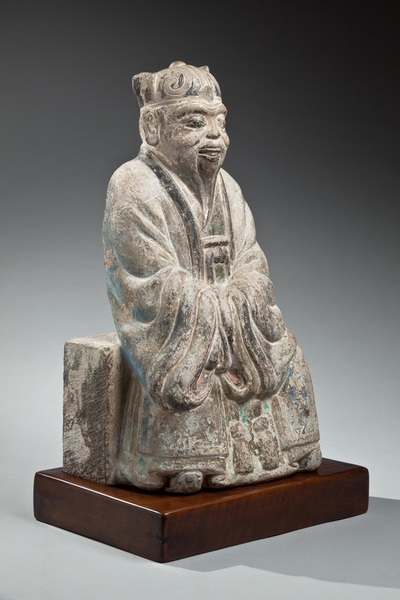 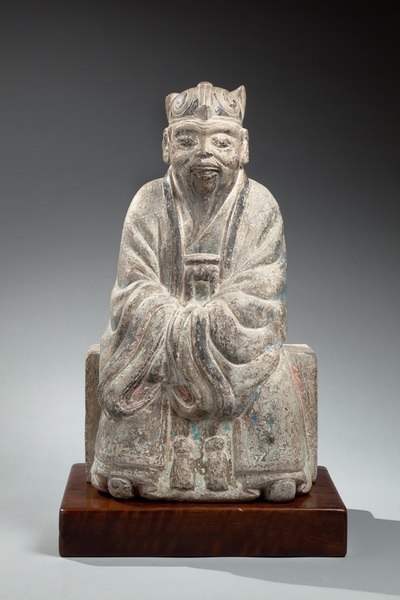 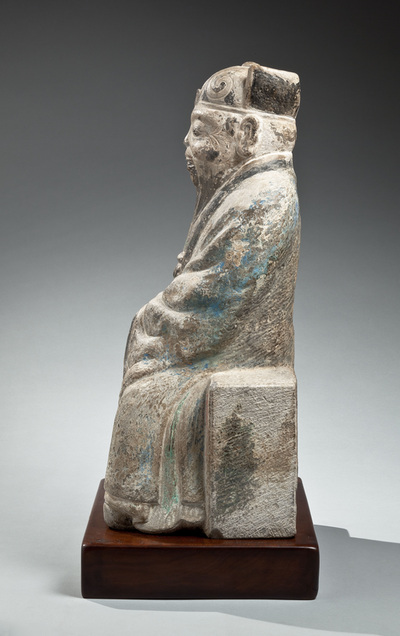 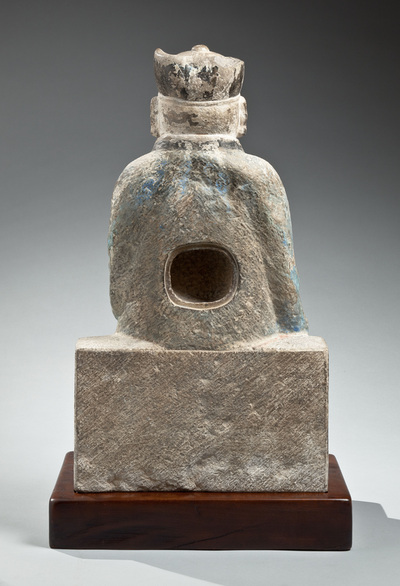 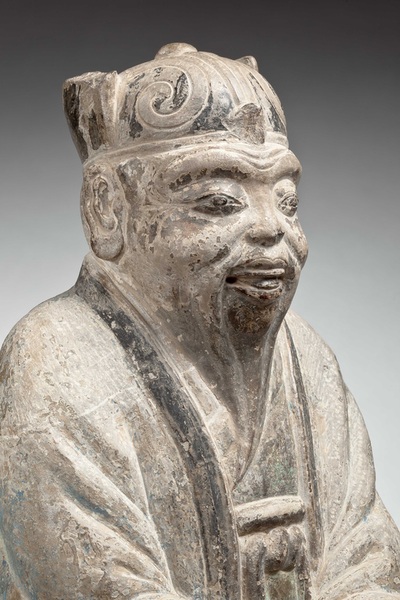 A carved grey stone figure of the deified Laozi shown seated with a Daoist cap high on his head with a central unidentified motif to the front  and
scrolling decoration to each side of a double line in the centre. The back and sides of the cap appears to be folded upwards forming a high ridge.
Beneath his creased brow he is smiling with his mouth slightly open showing his teeth and tongue above the typical tripartite beard, his round cheeks
creased and with ‘laughter’ lines to his eyes. His undergarment, crossed over beneath his beard, is tied beneath his chest with a double tasselled
cord which hangs down between his open robe stopping just short of the floor.  His outer garments, with a broad dark edging, fall in gentle folds
from his shoulders, his hands hidden in the voluminous sleeves, also with a dark edging, rest in his lap. His shoes, with turned up toes, appear beneath
his robes. His seat is a plain square block of stone. There is a regularly hollowed out hole in his back with a recessed cut lip (presumably for a
cover) for the deposit of a votive text or reliquary.
Ming dynasty, probably 16th century, modern wood stand.