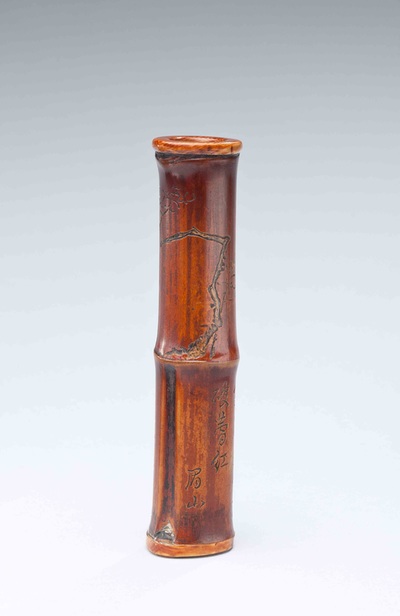 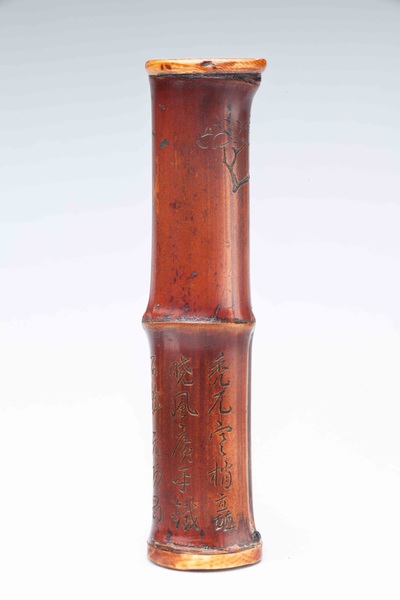 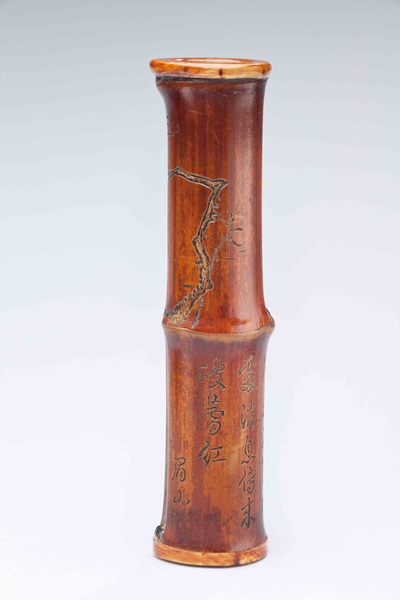 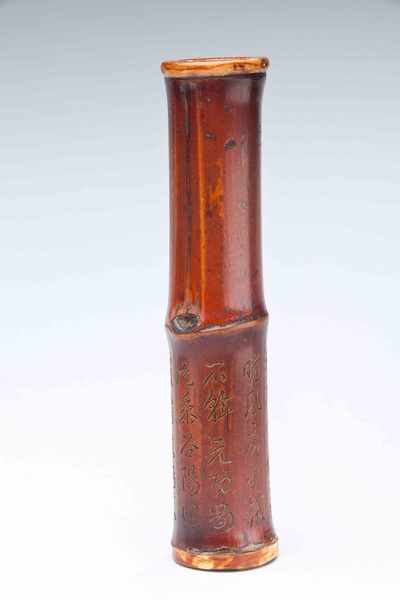 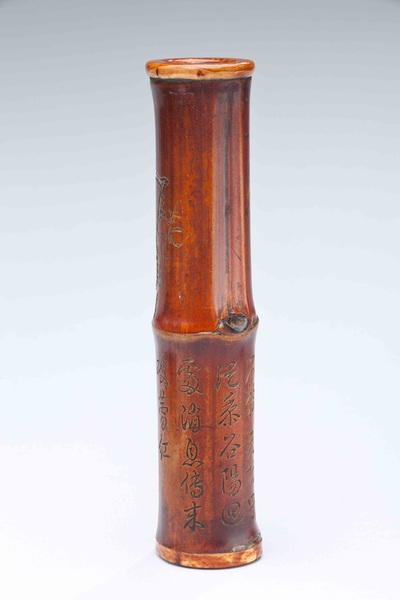 A bamboo incense stick holder, formed from a natural section of bamboo, the section above the central nodule, incised with prunus blossom decoration, the lower section with a long inscripton, read as, 禿兀寒梢矗曉風 廣平鐵石幹元功 剛從黍谷陽回處 消息傳來破蕾紅
“The bare frozen branches tower amidst the blowing morning wind,
[My Han Chinese troops were like] Zhou Chu whose will is as determined as iron and stone, and achieved the greatest accomplishment,
Somewhere in the north of the Shugu valley,
Good news flies over and makes the red buds bloom”.
With the signature Meishan, the alias of Song Eyuan, a native of Jiaxing, Zhejiang province.
Capped top and bottom with ivory.
Qing dynasty, 19th century.

'Chinese Bamboo Carving' by Ip Yee and Laurence Tam list Song Eyuan [Sung Ngo-yuan] as a native of Jiaxing, Zhejiang province. Active in the reigns of Daoguang (1821-1850) and Xianfeng (1851-1861) who excelled in calligraphy in the archaic style and skilled in carving fan frames.
Simon Kwan, 'Ming and Qing Bamboo' simply lists him as late Qing period.

Zhou Chu (236-297 C.E.) was an official of the Wu Kingdom. He is also known as
Guangping because he used to be the administer of this town. After the Wu Kingdom was destroyed by the Western Jin regime, Zhou served in the new court and became a loyal military official.
Shugu is located in the southwest of Miyun county, Beijing.