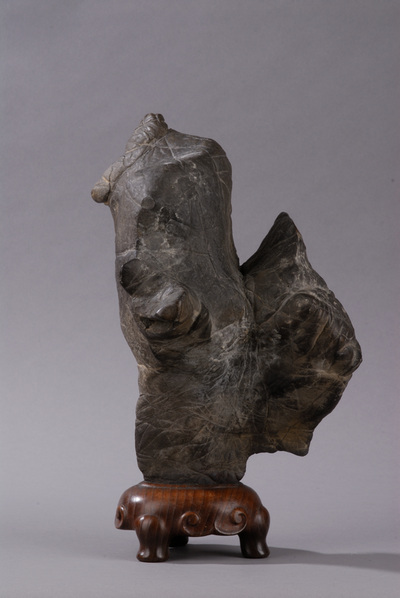 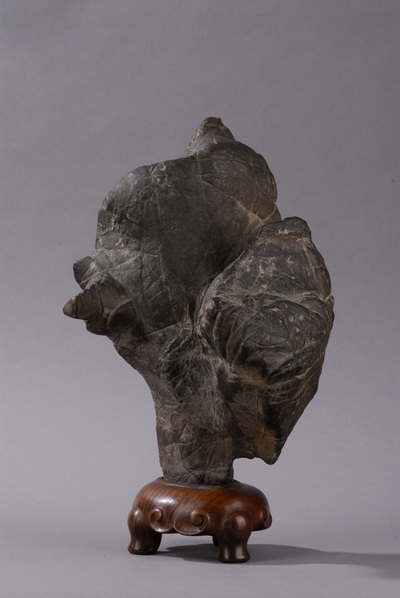 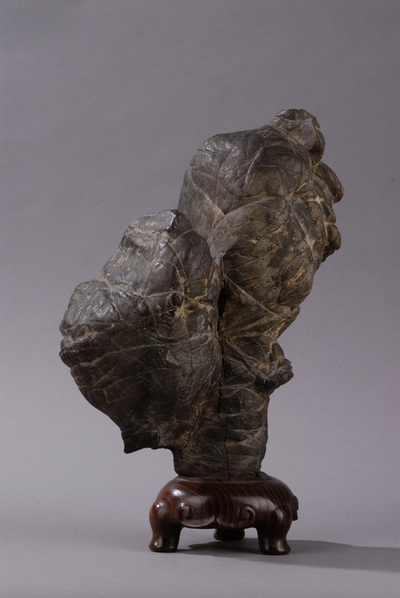 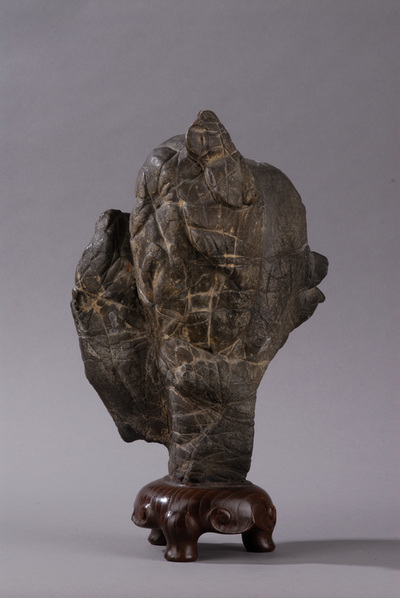 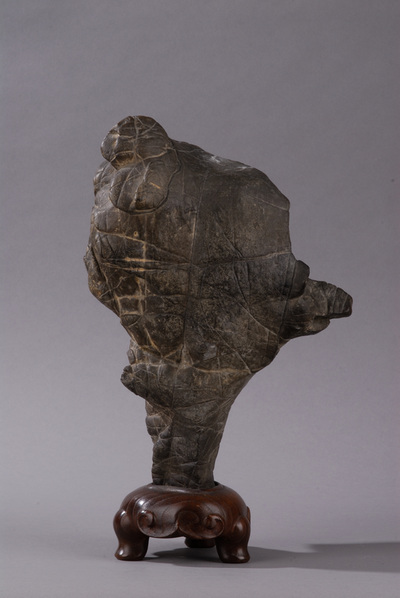 A large lingbi rock, light grey in colour with pale brown and white inclusions striating the surface. The solid stone has an abstract bird like stature, chest puffed up, the characteristic tail created by the weighty rock’s overhang to its proper left. The stone is smooth and rounded, the patterns of the inclusions creating a patchwork landscape.
The stand of Northern style reddish hongmu is raised on three short cabriole legs interspersed with a relief double scroll and a simple circular rock-receiving cavity with a moulded edge.
Qing dynasty.