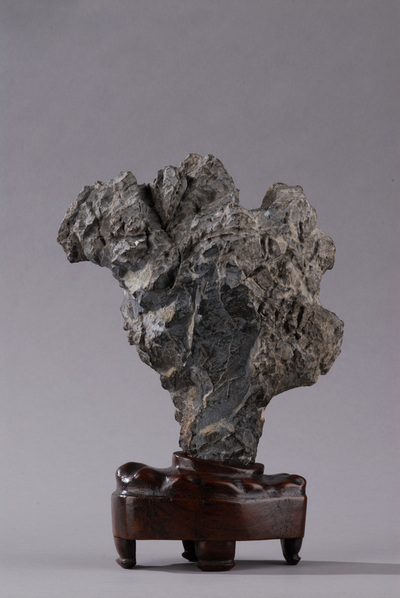 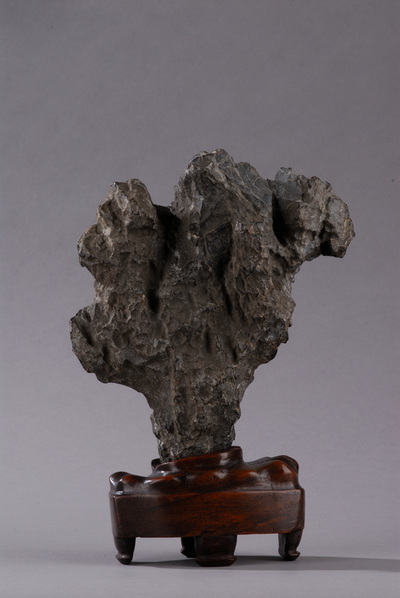 A grey ying rock, the thick columnar base rises upwards fanning out to create a wide hand shape, the gnarled fingers curled over. The stone is heavily creased and riddled with many lines with a few larger cracks. There are patches of white calcification on the stone.
The Jiangnan style stand is raised on four simple cabriole legs with a lower section with undecorated vertical walls and an upper section with raised protrusions. The lip that borders the rock-receiving cavity has a squared edge.
Qing dynasty.