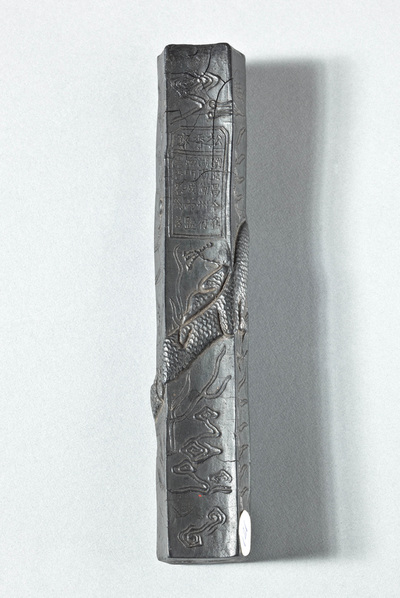 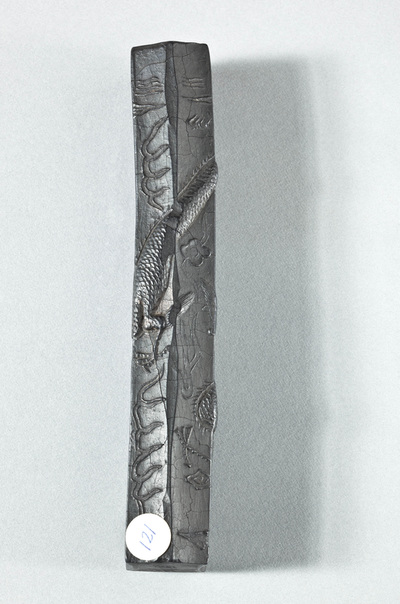 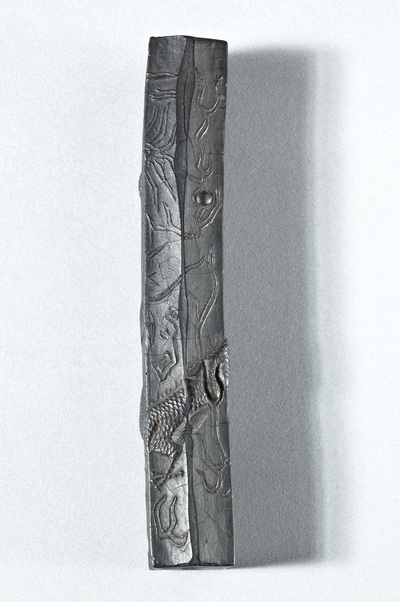 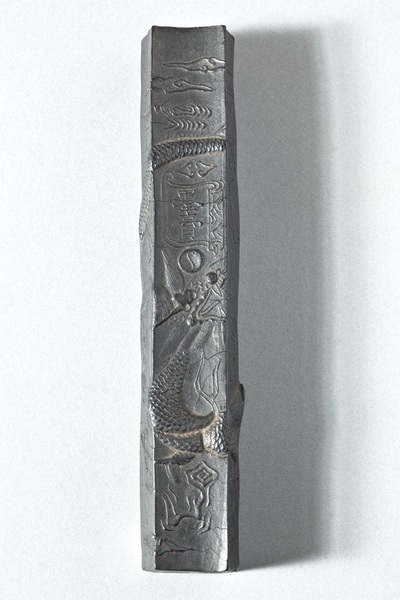 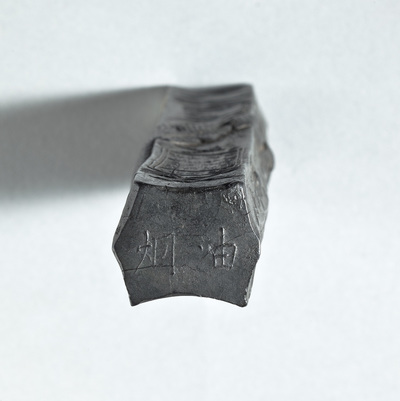 A hexagonal ink stick, 18th century, from the workshop of Liu Zhengchang.

A hexagonal concave-sided ink cake moulded with a single sinuous four-claw dragon coiled around the six sides on a ground of clouds and flames. On the upper register of one face is a cartouche inscription in the form of a shop sign. At the top is a horizontal inscription Songxiuhai 松秀齋 read as “Studio of Pine Elegance”. The remaining vertical text, Liu Zhengchang劉正昌Jin zai Hunan Hengzhou fu Nanmen chengnei jianzhi xiangmo fa ke 今在湖南衡州府南門城內監製香墨發客, read as “Currently issuing fragrant ink for clients in the prefectural city of Hengzhou in Hunan Province, inside the city wall at the South Gate”. On the opposite face is a cartouche in the form of a partially unrolled scroll with inscription Mogao松秀齋 reads as “Ink cake”. The upper end with a flat face read as Si liang read as “4 liang (approximately 200 grams)” and the other end Youyan read as “lampblack”.
Qing dynasty, 18th century, from the workshop of Liu Zhengchang.

Liu Zhengchang was apparently an early 18th-century ink maker, as there exists a late Kangxi (1718) imperial ink cake from his workshop.

The ink made in Hengzhou (modern Hengyang) in Hunan province was different from that manufactured in Anhui because it did not use pine soot, instead oil soot from
Tong and other oils.