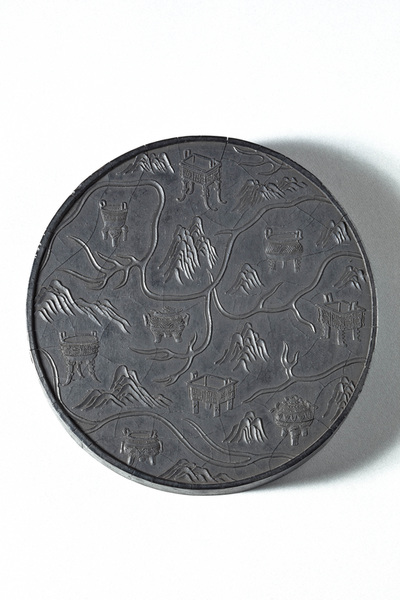 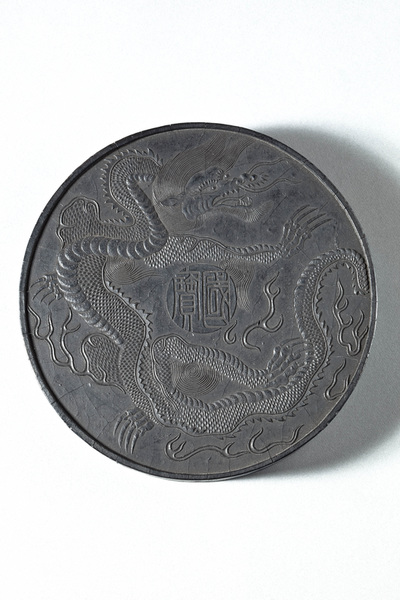 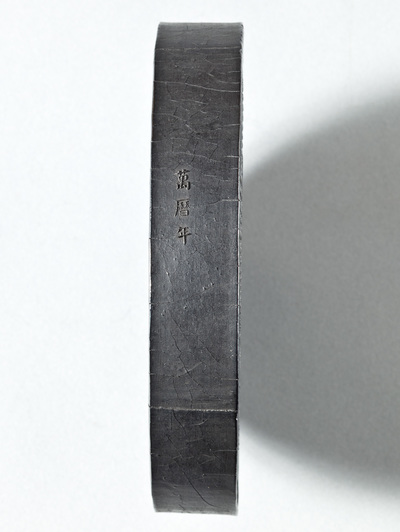 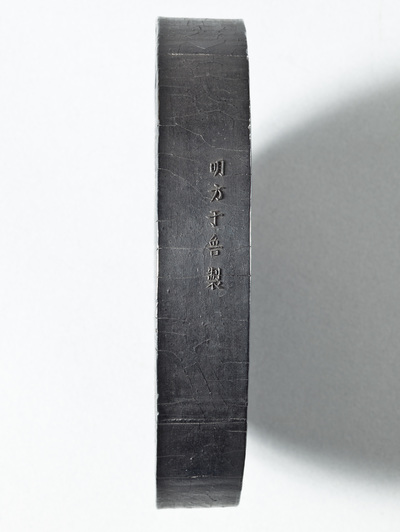 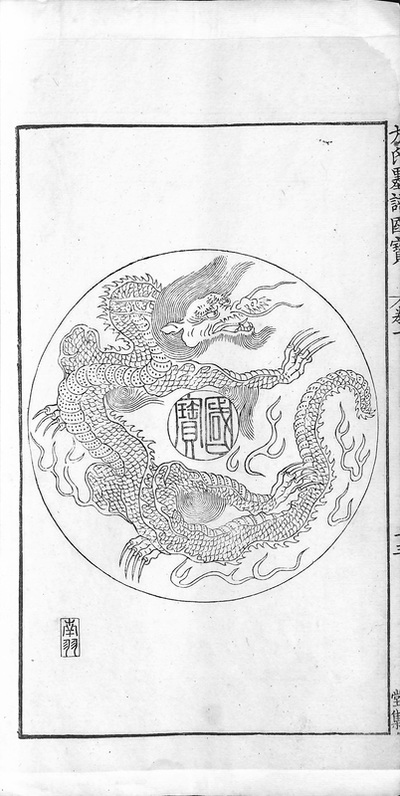 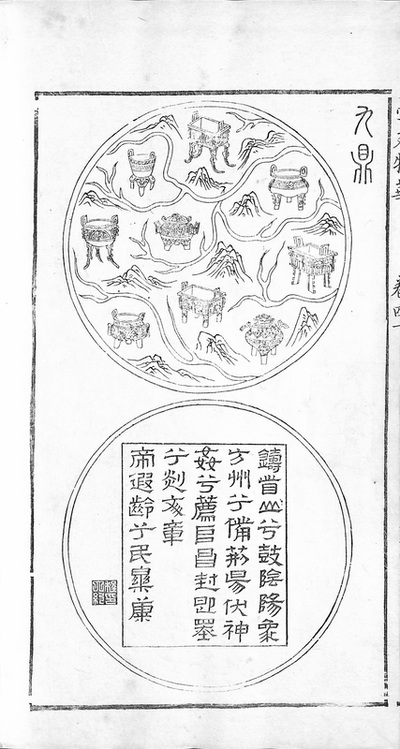 A circular ink cake with a narrow raised lip to both sides. One side is moulded with nine archaic ding shaped bronze vessels interspersed with stylised mountain ranges and divided by flowing tendrils or rivers.
The other side of the ink cake moulded with a writhing dragon with pronounced four claws surrounded by the same design of tendrils, although in this case easier read as flames. The central circular reserve with two character seal, guobao 國寶 “treasure of the nation”.
There are raised moulded inscriptions to opposing edges read as Wanli nian萬曆年 “Wanli year(s)” and Ming Fang Yulu zhi 明方于魯製  “Made by Fang Yulu in the Ming dynasty”.
Probably late Qing dynasty or Republic period.

The strange way of writing Wanli nian 萬曆年 and the overall sharpness of the moulding indicate to me that this is a later example.