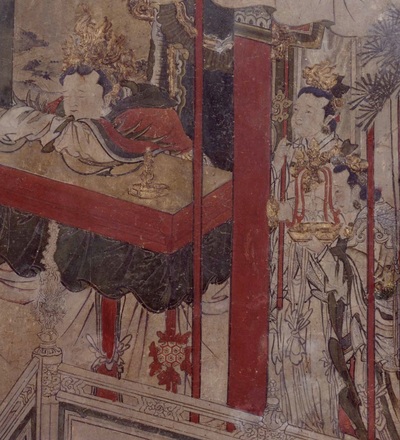 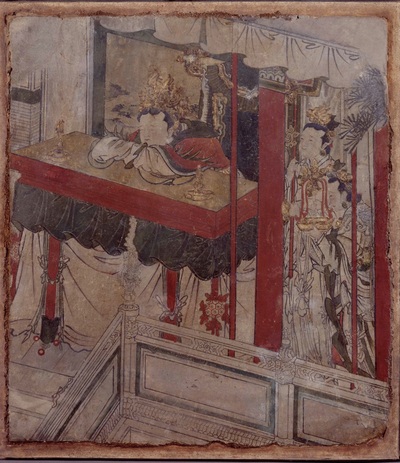 A fragment of a wall painting depicting a female figure with two attendants leaning disconsolately on a table a candlestick to either side, her red outer robe pulled back to reveal the white undergarment a phoenix crown decorated in gold relief, on her head, the table with a black- brown textile gathered around its apron with pendant red tassels to the front and sides. To the central figure’s left two female attendants are partially concealed behind two red painted columns and what appears to be a temporary awning with separate supported poles and a pelmet which runs along the top of the image. The female attendants, dressed in while and pale blue robes, are holding what appear to be rectangular presentation baskets. To the central figure’s right can be seen a the corner of a bookcase with books resting on the shelves. An ornate balustrade dissects the lower right portion of the fragment.
Ming period, late 15th century / early 16th century.