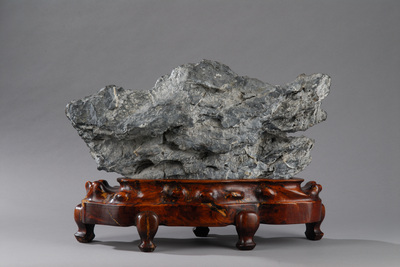 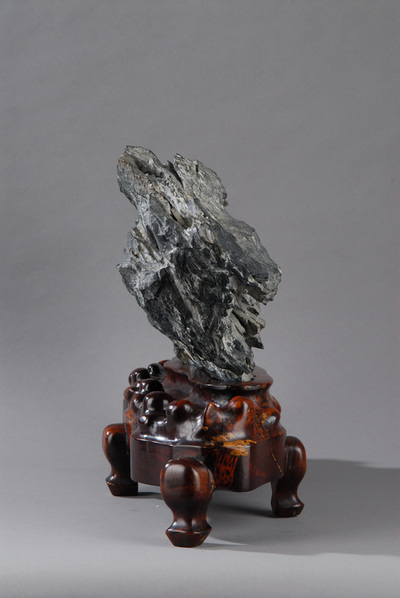 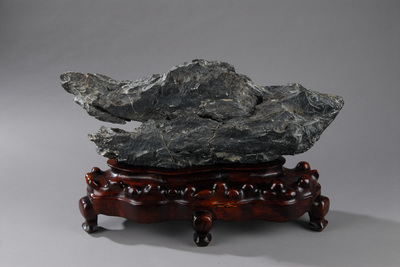 A massive grey lingbi rock that can be viewed in two ways. Face on, the horizontal stone sits squat like a squashed Officials’ hat, the folds of the rock buckling under its own weight. However, end on the rock appears angled and diagonally lifted up it transforms into a majestic mountain, the steep sides displaying the ridges of the rock underneath. The rock is a light grey colour with flecks of white calcite throughout.
The stand is a typical Jiangnan style stand of pale brown hongmu with some paler areas of sapwood raised on five short cabriole legs with a lower section with undecorated vertical walls and an upper section with undulating raised protrusions. The lip that borders the rock-receiving cavity is broad and flat to retain the distinct angle of the rock.
Qing dynasty.

Published:
‘The Spirit of Gongshi: Chinese Scholar’s Rocks’ undated, Kemin Hu, no. 44, page 62, where it is described as Ying stone.
Nicholas Grindley, ‘Ian and Susan Wilson Collection of Scholars’ Rocks’ 2009, no. 16