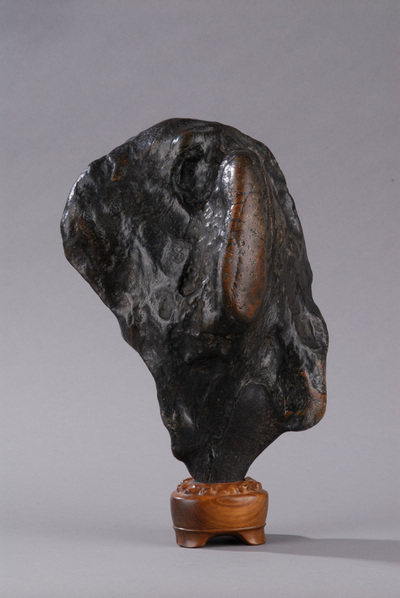 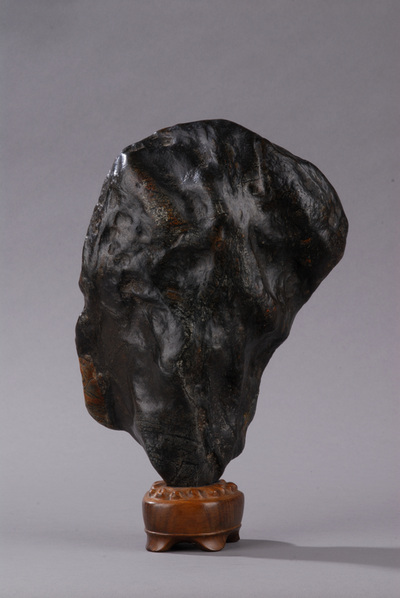 A black polished stone, smooth and tactile. Unusually when viewed from both angles, this stone represents the same picture, the outline of the back of a beautifully proportioned woman’s head. We see the back of the neck, hair gathered upwards and head titled ever so slightly to one side, the delicate cheekbone and graceful chin. There is a lot of golden brown colour incorporated throughout the black stone, with a prominent brown inclusion, which forms the hairline as the head is tilted to its proper left.
A modern walnut stand raised on four short splayed shaped bracket feet, with a lower section with plain flared vertical walls bordered at the lower edge with a raised bead and an upper section with raised protrusions with an undecorated rock-receiving cavity.
Qing dynasty.